Which is not unusual. 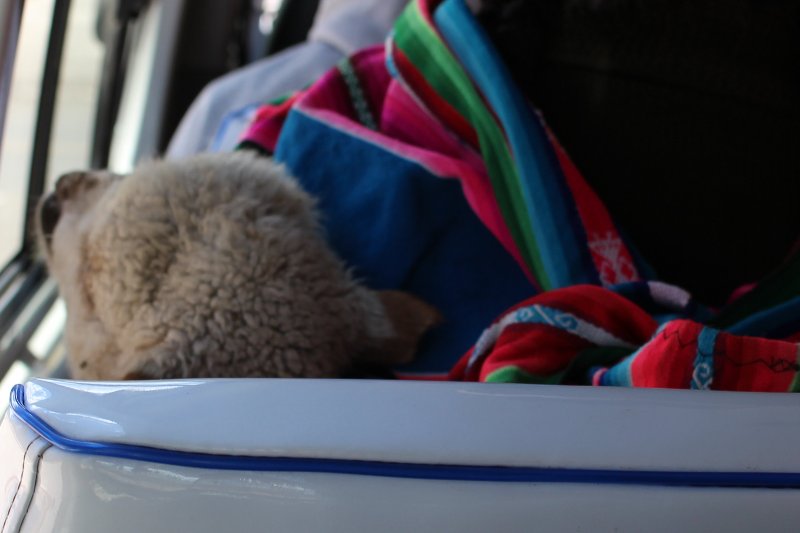 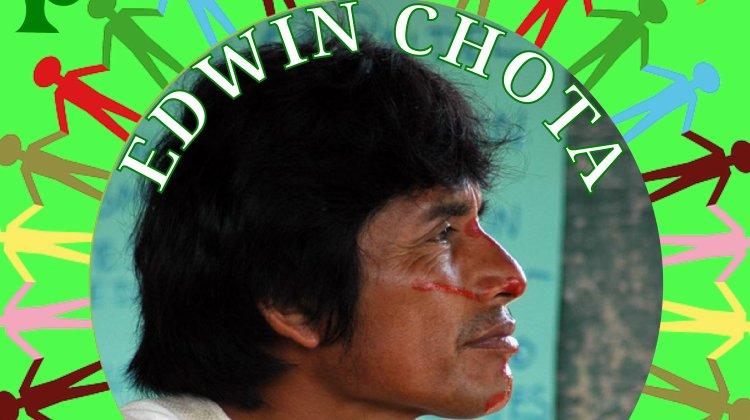 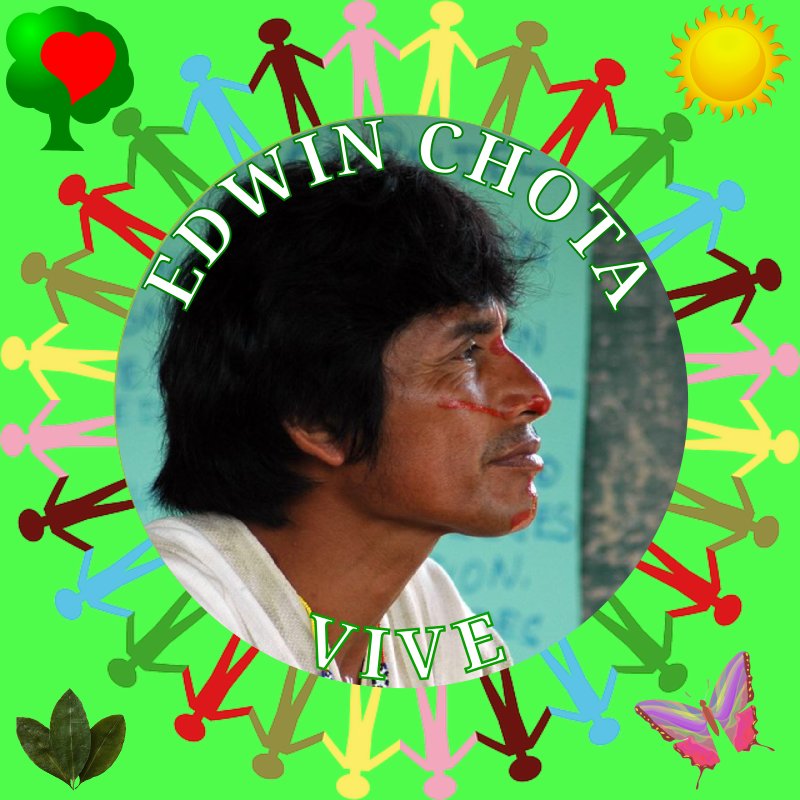 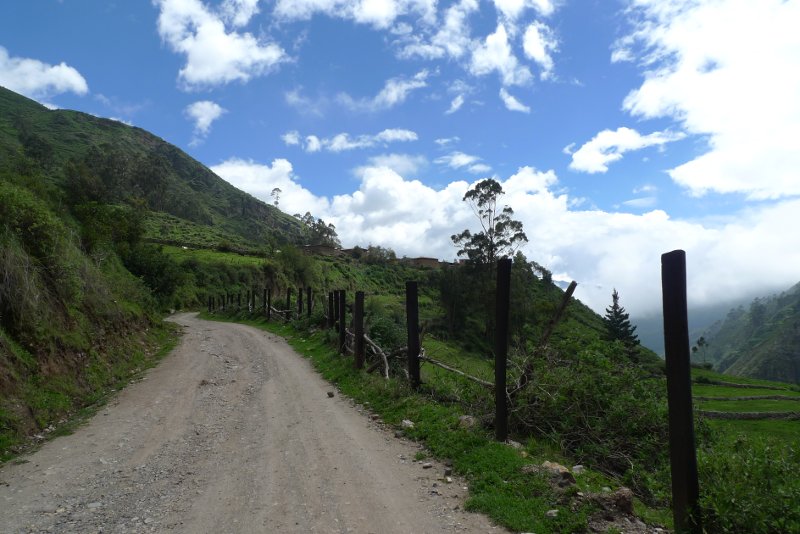 The long winding road up to the village.

Though no hobbits live here, the village of Santa Catalina has that feeling. The feeling of maybe I’ll run into a hobbit. Quaint adobe homes with odd doors and unorthodox stairs. Chickens roaming free in the high Andes mountains of Peru.

Do you believe in the power of healing mineral water or maybe you just like sitting in a nice hot bath. Either way Peru offers many hot springs to try and they say Collpa’s water is the best for healing your sick body. Stories abound of people that have been cured of their ills. 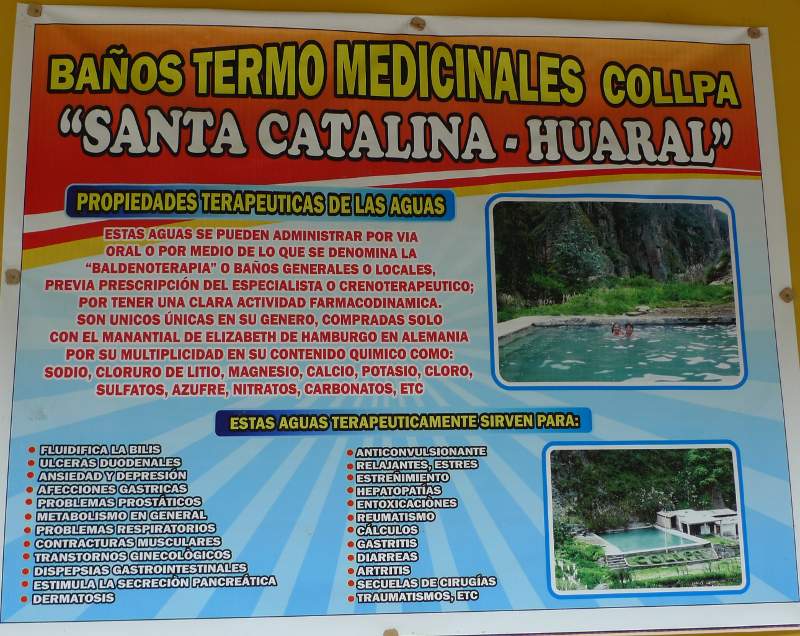 Getting to Collpa is tough. First you go to the town of Huaral that is 3 hours North of Lima from Peru by bus. Huaral has gone to shit, because they put a prison in the town. So watch your back at night. Then you take a shared taxi (20 Nuevo Soles per person) or van to Collpa up a crazy dirt mountain road for 3 hours. Pick your driver wisely, because the trip is treacherous and some young macho drivers haul ass. Also you might want to pay extra and only have 3 people in the back seat of the taxi. They jam them full and uncomfortable for 3 hours.

Currently the gold mining companies in Peru are in the business of genocide. 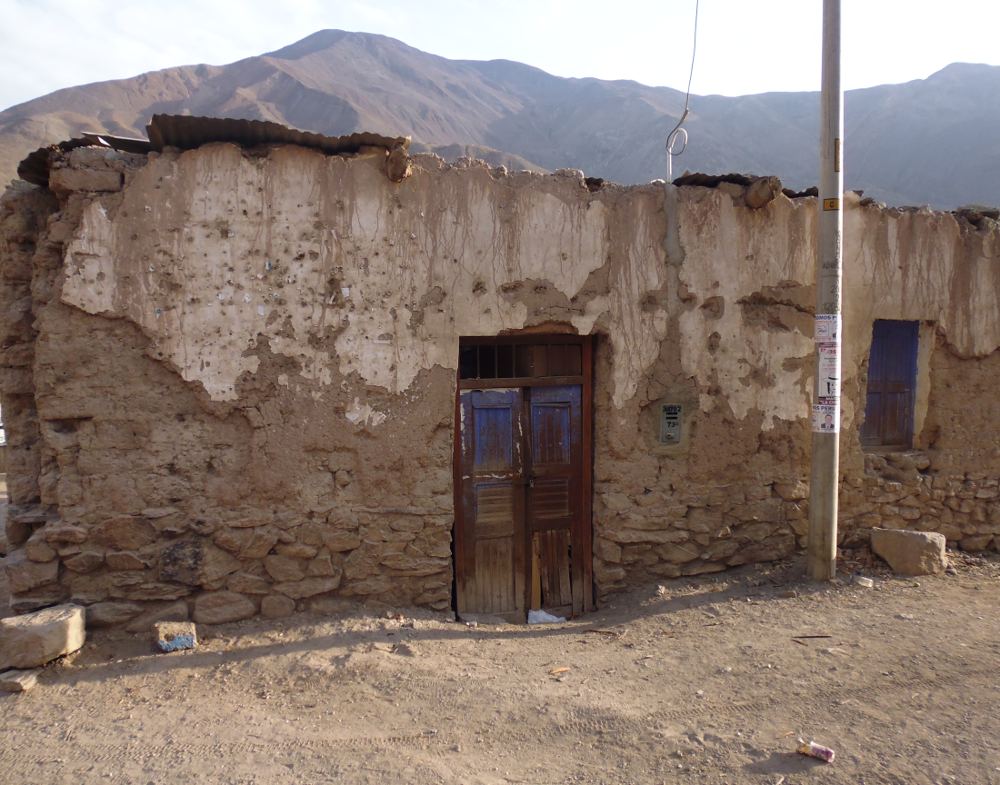 Three hours up a four donkey wide dirt road from Mala, Peru you will find the one hotel town of Viscas, Peru. Viscas is a producer of fruits (mainly apple). The long twisting road from Mala offers some nerve racking cliff hanger views from your bus or van. 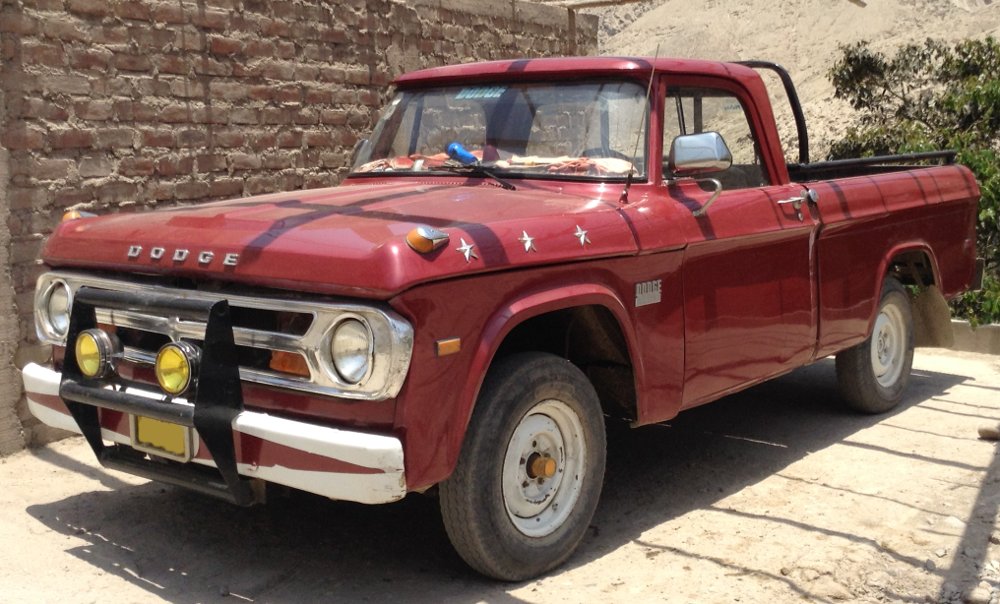 People that are fortunate enough to have a truck/car in Peru really take care of them. This old dodge looks pretty solid. Lots of times they are held together with putty. 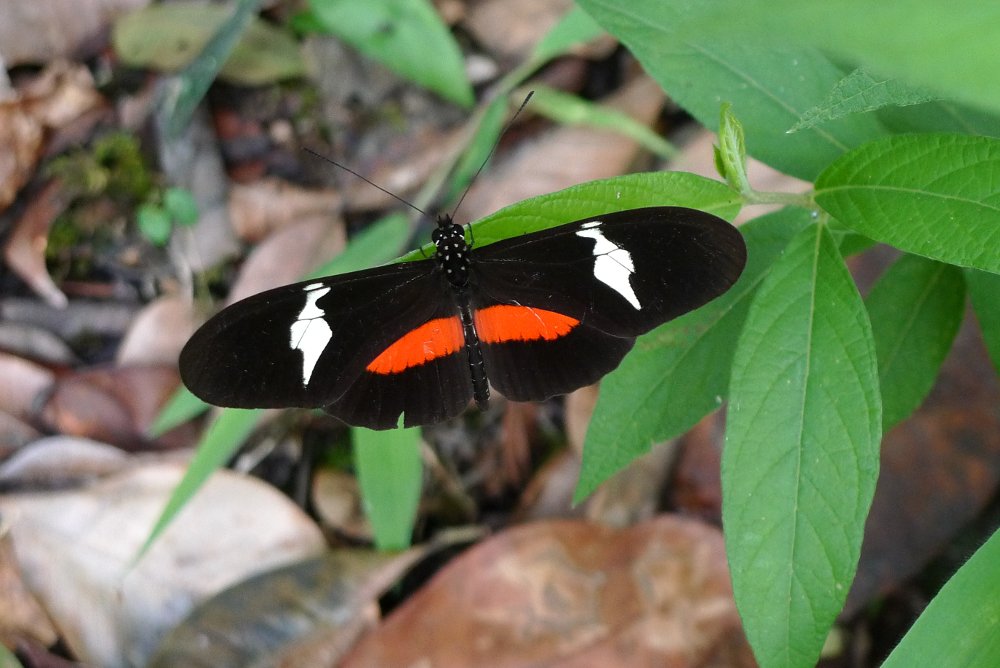